After having the flu for three weeks, it was time to fly over to the States to compete at the Arnold Sports Festival and Rogue Pro Invitational, again this year. 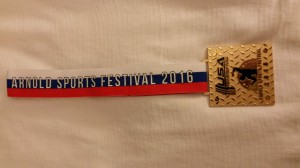 The body wasn´t fully recovered so I knew that I wasn´t going to be able to hit some new PR´s so I just had to try to make the best of it. Thoug I had to lower all my openers, I managed to total 860 kg. I took the gold but was alone in the weight class and placed 6th on Wilks points out of 12 lifters, some of them the world’s elite.

Just need to get well and “get back up on the horse”! 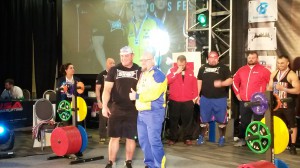 Mr Slingshot himself – Mark Bell, was main sponsor for the meet and handed out the medals and awards. 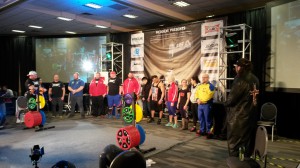 All the equipped lifters in the session. 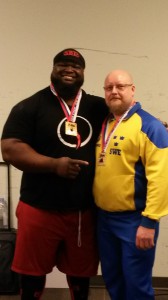 I managed to get a picture with the best and heaviest raw lifter in the world. Big Ray williams

This entry was posted in Okategoriserade. Bookmark the permalink.